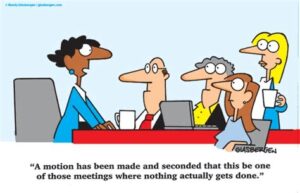 I didn’t write this article, I copied and modified it from the website, educationviews.org

The article was written by writers from Houston Public Media and the Houston Chronicle and is based on four case studies of Special Needs children and their parents as well as interviews with TEA officials, Public Educators, and Advocates/Attorneys. Bottom line, nothing much appears to be changing in regards as to how the school districts are treating children with disabilities. Read on and weep along with me.

For over a decade, Texas illegally denied special education to tens of thousands of children with disabilities — services that are their right under federal law. State lawmakers took action and federal monitors stepped in. But the crisis isn’t over for many families, Houston Public Media found in an investigation with the Houston Chronicle.

Across Texas, advocates, educators and families say they thought these kinds of delays and denials were over. They’re a trademark of the state’s former cap on special education that punished school districts if they enrolled more than 8.5% of their students in special ed.

In 2017, state lawmakers banned the cap, which had been in place since 2004. Then in 2018, the U.S. Department of Education found Texas had violated a federal law requiring schools to serve all students with disabilities. Federal administrators ordered Texas to create a plan to correct the problem, starting with identifying children who had been excluded and making up their missed services. But in an investigation with the Houston Chronicle, Houston Public Media found that the effects of the cap linger, and children continue to be shut out of their right to special education. What’s more, the Chronicle found that several key parts of the state’s plan to correct the problem remain incomplete, including:

“We were hoping that school districts would start to take this seriously,” says Shiloh Carter, an attorney with Disability Rights Texas. She worked on the Acevedos’ case and at least half a dozen similar ones in Greater Houston, with families who say they’ve been delayed or denied access to special education in the last year. “We’re seeing the same old, same old. This is what school districts were doing before when the cap was in place — kind of trying to deny eligibility and talk parents out of wanting special education services,” Carter says. “And I don’t think the TEA has taken a stance and put pressure on these districts to do that, so you still have kids falling through the cracks everywhere.”

More communication with parents about their rights and how to navigate special education is supposed to be part of the state’s plan to fix special education. But it’s one of several parts of the plan that the Chronicle found unfulfilled.  State administrators have told the feds they don’t expect to catch up and identify all children with disabilities until at least June 2020, according to a letter TEA sent the U.S. Department of Education earlier this year. Still, officials maintain they’ve made progress.

In an interview on October 14, 2019, , Matt Montaño, TEA Deputy Commissioner of Special Populations, pointed to a 56% jump in special ed evaluations, more funding from state lawmakers and more communication with districts. The extra funding includes:

However, at least one regional special ed director has told districts they don’t yet have to comply with all timelines for special ed, according to documents obtained by Houston Public Media and the Chronicle. In a February 2019 email to school districts in Greater Houston, the region’s former special ed director Ginger Gates told administrators that the TEA’s statewide director of special ed, Justin Porter, recommended holding off on services or official special ed meetings until after an evaluation was “totally complete” — even if parts of the testing already indicated a likely disability and even if that meant missing state-mandated timelines for providing services.

“Districts will likely be given ‘grace’ for non-compliance given the state of things statewide. They recommended that the district also beef up general education supports during the evaluation time to reduce potential compensatory services,” Gates wrote.

Guidance like this carries significant weight because regional service centers act as a liaison between districts and the TEA. The TEA called the representations in the email “inaccurate” and “clearly not guidance that comes from the TEA,” in a statement to the Chronicle.

Later, Porter told the Chronicle that he was advising districts to hold off on making decisions until they completed full evaluations. He said he told directors they would have an opportunity to explain any delays  — as they have had in the past — but that wouldn’t excuse them for any missed timelines. “We’re not in a position to grant grace with any federal compliance indicators, and that’s not something we would try to do,” Porter said. “They were asking me, ‘Should we sort of go around the system to be in compliance?’ and my response was ‘Absolutely not.’ We have to make sure we do everything we have to do before we make decisions about kids.” Still, advocates say the email reflecting Porter’s advice generates yet more disappointment with the state’s response to the special ed crisis in Texas — especially when some districts are trying to serve students faster. “It concerns me that with a law that’s been in place since 1975, a scandal that was uncovered three years ago and with state lawmakers acting to ban the cap two years ago, we still have our highest-ranked special ed official in the state counseling districts to delay and deny services,” says Dustin Rynders, a supervising attorney with Disability Rights Texas.

Rynders says what’s more concerning than any misinterpretation of timelines is that Porter seemed to dismiss a way to solve the challenges Texas schools still face, leaving kids without services while they wait for testing for weeks or even months.

Specifically, the information in this article is attributed to:

This entry was posted in Creative Non-Fiction, Saving Aleczander. Bookmark the permalink.