Gee-Whiz, I Wish I’d Known all this Stuff Back Then 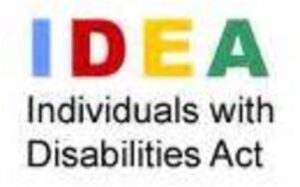 File today’s post under the heading of gee-whiz, I wish I’d known all this legal stuff back then.

From IDEA 2004, (c) Parent-initiated evaluations. If the parent obtains an independent educational evaluation at public expense or shares with the public agency an evaluation obtained at private expense, the results of the evaluation–
(1) Must be considered by the public agency, if it meets agency criteria, in any decision made with respect to the provision of FAPE to the child; and

(2) May be presented by any party as evidence at a hearing on a due process complaint under subpart E of this part regarding that child.

I wasn’t present at the December 8, 2015 parent-initiated ARD meeting when Eva and Amador met with Aleczander’s IEP team to present my assessment information. The IEP team acted as if the written and video documentation didn’t meet their criteria and thus had no standing with respect to the provision of a FAPE to Aleczander. Which was sort of strange, as I’d previously worked for that very same district. For most of those years, I had conducted more evaluations that any of the other assessment members. One year the SE Director came to me and said, “We’re going to have to get someone to help you with the early childhood evaluations, you did more assessments than the entire rest of the assessment staff put together–there were 7 of us–this past school year.” True, this was the same director who had run me off a few years later, but it still seemed strange that, with so many of my reports in the district’s archives, Aleczander’s IEP team had been willing to tell these parents that this particular outside educational diagnostician didn’t meet their district’s criteria to conduct independent educational evaluations.

I shouldn’t have sent the parents to the ARD without me; they clearly felt  uncomfortable at the school. Likely this had something to do with the fact that Aleczander had become terrified of school and recently they’d been given permission to accompany him into the classroom every morning. None of the other parents were allowed past the front door with their children and as Eva and Amador drug a kicking and screaming child down the hall each morning, they were regularly treated to comments from teachers such as, “That kid just needs a little discipline . . . ”

So on December 8, 2015, the parents went to the ARD they had requested to ask for daily dyslexia therapy (the school had a dyslexia certified teacher) to be added to Aleczander’s IEP. They also wanted 1-1 speech therapy 2 times a week, and daily resource room instruction for handwriting to be overseen by the OT. They wanted the PT to work with him 1-1 2 days a week the way that the Permian Basin Rehab Center had worked with him when he was four. They wanted every teacher and therapist to give them daily reports on the classwork from each day so that they could reinforce what he was learning at school each night.

Both of Aleczander’s SE teachers were present, one of them was running the meeting. These ladies, and one man, the long-term substitute 1st grade teacher, were busy people. They didn’t have time to look at the 7 minute long video, and they couldn’t be bothered to read or to discuss the report qualifying Aleczander as LD, nor did they look at the analysis of the inadequacy of their goals. What they were able to do was write this sentence into their deliberations, “A review of outside diagnostician’s summary was done to target all areas of concerns stated. Parents agreed that all areas of concern were targeted and discussed.” 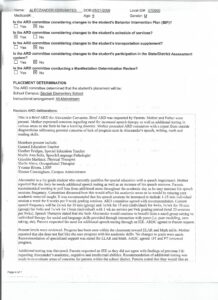 I hadn’t thought to tell them to tape record the meeting, this was a mistake that I wouldn’t make a second time. However we do have the minutes from that meeting, page 4 of which is reproduced in this post. To all intents and purposes, the ARD team acted as if the parent information didn’t exist. “We’ll pay for an IEE for Aleczander, but you’ll have to talk to the SE Director, not us,” they wrote.

“We don’t think he’s learning to read, and most days we have to drag him into the building. He hates school, he says the kids laugh at him and call him dumb,” Eva later told me she’d told them. Whoever wrote the revision ARD Deliberations (see page 4 of 7 December 8, 2015) forgot to note that concern.

To summarize, nine people attended the 12.8.15 meeting; both parents, the SE facilitator, the school LSSP, the SE teacher providing math inclusion services , the CHILD’s SE reading/writing inclusion teacher, the general education teacher unfortunately a long term substitute, and a speech therapist, an occupational therapist, and a physical therapist. All of the seven district employees went  on record confirming that Aleczander was making good progress toward achievement of his nine SE goals, and reminded the parents that Aleczander had mastered first grade curriculum per his 10.23.15 Report Card.

Later, talking to me, sounding apologetic, Amador said, “His teacher said it’s Aleczander’s fault, he doesn’t do his work, he has a little bit of a behavior problem.”

“His teacher has a bit of a behavior problem if you ask me,” I replied. “What about the independent evaluation information you took them? Did they say anything about that? They should have at least considered it and told you why they didn’t agree with it. For example, in reading, they’re saying that by the end of this school year he’ll be reading first grade books with at least 70% accuracy. Right now he can’t read any words and he only knows the names of 3 letters on a good day. He can’t match any letter to any sound; even if they put him in the Orton-Gillingham Dyslexia program immediately, he’s unlikely to master that basic reading or reading comp goal in 5 months.”

“They said that they’ll get him tested again and we don’t have to pay for it, but we have to go see the SE Director.  The Special Education Director wants us to come to her office next week to sign a consent for somebody to test him, but they say he’s doing just fine.”

This entry was posted in Creative Non-Fiction, Saving Aleczander. Bookmark the permalink.