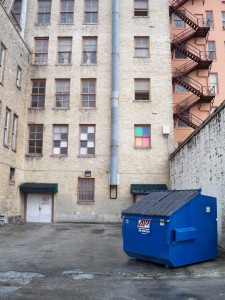 The more things change, the more they stay the same . . . Jean-Baptiste Alphonse Karr

George Orwell wrote Nineteen Eighty-Four (1984), a literary political novel, in the nineteen forties. The cautionary tale was published in 1949; its stated purpose was to warn readers in the West of the dangers of a totalitarian government, i.e., a government that is centralized and dictatorial and requires complete subservience to the state. The novel is still read and studied today, but apparently has yet to teach those of us who reside in the West much of anything. I’m not sure why this is the case, but a possible answer did occur to me when I heard the pastor at my church quote from Generation to Generation by Edwin Friedman. Friedman, an ordained Jewish Rabbi and a family therapist, wrote: The unmotivated are notoriously impervious to insight. It may be that some of us are in the process of becoming motivated and are  beginning to pay closer attention. According to Amazon (June 2013), sales of George Orwell’s 1984 classic novel about the oppressiveness of government overreach and life in a world where there is no place to escape the watchful eye of Big Brother did rise 7000 percent subsequent to Americans learning about the U.S. government surveillance programs (the NSA scandal).

Realistically speaking, who among us would ever wish to live in Oceania, Orwell’s dystopian world? As a country, Airstrip One (formerly known as Great Britain) is bleak and forbidding and one hundred percent off-putting. Just as Orwell’s writing style is austere, so is the imaginary superstate Oceania that he creates, a world where people lead dehumanized and fearful lives under the control of a privileged Inner Party elite that persecutes all individualism and where any indications of independent thinking are prosecuted as thought crimes. In Oceania, Big Brother enjoys a cult of personality, but like the Wizard of The Wonderful Wizard of Oz by L. Frank Baum (1900), Big Brother, if he exists at all, is likely to be revealed as no more than a normal middle-aged man who, once exposed, admits to being a humbug (a person who behaves in a deceptive or dishonest way).

Thirty years post 1984’s publication date . . . it is becoming difficult, even for Americans who observe the utmost political correctness and have allowed their language to devolve toward the official version of Newspeak (Orwell’s invented language that functioned as a device of extreme Party control) not to recognize Orwellian elements in the political ruling class that populates Washington D.C. I first read the novel 1984 in the ’70s; at that time I wrote that Orwell’s novel presented at best a bizarre sequence of events that could never come to pass in America, where independence, self-reliance, personal freedom, and a sense of community are part of every American’s birthright. Perhaps, I surmised, Orwell was writing a cautionary tale for some of the European countries; never, I opined, would America fall prey to such a form of government. Today, in all honesty, I’m not so sure.

Orwell’s protagonist, Winston Smith, resides in London, but in Orwell’s 1984, a city located in a country known as Airstrip One. The Orwellian world is in a constant state of war, bombs go off so frequently that they are no longer considered newsworthy, infrastructure is dilapidated, all food is rationed and is available only in synthetic form, wages are poor, and clothing is of very inferior quality. Propaganda such as inflation does not exist, the rising prices you see on items you regularly purchase are offset by declining prices in other goods and services that are not specified, is the order of the day. Oops, I didn’t read those words in 1984, I heard them on one of the news shows last week.

Winston is a Outer Party member whose job is to rewrite history; he rebels by falling in love. During the day he creates propagandistic lies, such as: that was not a terroristic attack on the American Embassy in Benghazi. That was a spontaneous demonstration by a few misguided individuals out for a walk one night who had been upset by a video. In Oceania, lies, repeated continuously, are impossible to disprove, as historical documents are destroyed and/or revised daily to reflect current party doctrine. In Orwell’s novel, conflict occurs when Winston, a loyal Party member, is discomforted by his rebellious thoughts, while simultaneously retaining enough of his humanity to be unable to suppress them.

The recalcitrant thoughts that Winston Smith writes in his journal, if discovered, would likely lead to his execution, as keeping a diary is a capital crime in Oceania. Winston tries to be discreet and is careful to write only when he is not visible in the surveying telescreens through which all Party members’ visual and auditory movements are continuously monitored. These two-way screens spout interminable propaganda and direct daily activities of citizens. Each morning, Big Brother awakens Winston and directs his exercise routine. Thought crime in Oceania is also punishable by death.

If, as a working premise, we posit that America’s Inner Party is composed of Washington D.C. career politicians, and its Outer Party is comprised of those who work for the government, we will have almost an exact analogy to Orwellian times in terms of percentage of the population employed by government. 85% of Oceania’s population was classified as proles (dependent upon but not employed by the government) while 15% were either Inner or Outer Party Members. In American (2010), an average of 17% of Americans reported that they work for the federal, state, or local government. Individual numbers by state ranged from a high of 38% of those residing in the District of Columbia being employed by the government, to a low of only 12% of Ohioans reporting governmental employment. As almost half of Americans today pay no federal income tax, we can assume that the number of Americans who depend upon the government for some if not all of their subsistence is also approaching 1984 proportions.

Individuals who work for the government frequently adopt an us against them mentality that is very similar to the Inner Party life view depicted in 1984. And it’s not surprising then that they get bitter, they cling to guns or religion or antipathy to people who aren’t like them or anti-immigrant sentiment or anti-trade sentiment as a way to explain their frustrations. Was then Senator Obama referencing the individuals within that community who depended upon the government for food, housing, and health care? The they referenced in that quote appear to have been conservative Americans living in Pennsylvania who had seen their factory jobs vaporized by federal rules and regulations and the small town Americana life that had been theirs evaporate. Many of them were frustrated at the outsourcing of their jobs that had come about with our country’s restrictive trade policies.

In George Orwell’s dystopian world, the Inner Party regulates Ingsoc (short for English Socialism, the political ideology of Oceania) and deploys the Thought Police, while simultaneously keeping all Outer Party Members under close supervision. Comparatively, 85% of the population, the proles, live in relatively benign conditions as they are not subjected to the constant scrutiny that is afforded the government workers. As long as they remain subservient, the proles are allowed to go about their daily lives as they desire. The key to life in Oceania is simple: Individuals who work for the government are required to play by government rules. Those who are dependent upon the government, the 85% who are on the dole, are viewed as inherently stupid and even less likely to ask questions or make waves. They are too beaten down to cling to the ways of the past as a way to express their frustrations.

Certainly I can’t say with any authority that Dinesh D’Souza’s film, 2016: Obama’s America, is a clear depiction of the philosophy which guides our president’s decisions as he legislates from the White House, but I have seen the film and I do believe that some of its points are valid. Obama didn’t grow up in small town America watching sitcoms on small screen televisions and dreaming of what he was going to be when he grew up. We have no way of knowing who his heroes were, other than those individuals he referenced in his memoir. We have never seen any of his school records or heard testimonies from childhood  or family friends. Doubtful from the words written in his memoir, that President Obama came of age desiring to become a cowboy or an astronaut or to obtain an appointment to West Point. Throughout his public career which began as a community organizer in Chicago, President Obama has demonstrated an affinity for aligning himself with those who appear to despise  traditional American values. Certainly most Americans voting today didn’t desire to emulate Bill Ayers, Obama’s good friend, who co-founded the Weather Underground, a self-described communist revolutionary group, that bombed public buildings during the ’60s and ’70s as a way to protest U.S. involvement. We haven’t been sitting in churches for over twenty years where our pastor’s rhetoric consists of, “No, no, no, not God Bless America. God damn America!”

Ultimately, in George Orwell’s London, in the year 1984, Outer Party member Winston’s crimes are revealed. He is found guilty of thought crime. Winston, who spent his days rewriting history, had always known that this would happen. Orwell wrote in chapter one, “People simply disappeared, always during the night. Your name was removed from the registers, every record of everything you had ever done was wiped out, your one-time existence was denied and then forgotten. You were abolished, annihilated; vaporized was the usual word.” After being tortured for some time, Winston was taken to Room 101, strapped down, and confronted with his greatest fear, being devoured by rats. Throughly cowed by this point, Winston denounced his lover, rejected all independent thought, and got his life back, such as it was. Winston drank the Kool-Aid. 65 years have elapsed since 1984 was published, and I’m wondering who among us is able to state, as I did back in the 70s, that none of the dystopian world predicted by George Orwell will come to pass here in America?

This entry was posted in Writing Fiction. Bookmark the permalink.